United Nations General Assembly through its resolution in the year 1987 decided to observe 26 June as the International Day against Drug Abuse and Illicit Trafficking as an expression of its determination to strengthen action and cooperation to achieve the goal of an international society free of drug abuse & Illicit trafficking. Accordingly, in the light of the enhanced focus & the emphasis of the Govt. of India to combat this drug menace with much greater intensity & purpose, this year, it was decided by the NCB to observe the subject day on mission mode by conducting nation wide drug awareness drives & enforcement activities in close association with all stakeholders, spreading over a fortnight w.e.f 12th June to 26th June 2022. The initiative was termed as “Nashe se Azaadi Pakhwada” and a whole hearted effort was undertaken to spread mass awareness regarding the harmful effects of drug abuse and its legal provisions. During the aforesaid initiative Narcotics Control Bureau organized several awareness programs such as painting, poster making, walkathon, cyclothon etc. Further awareness messages were relayed through FM, tele service providers etc. 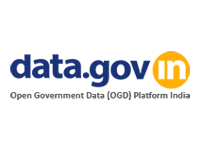